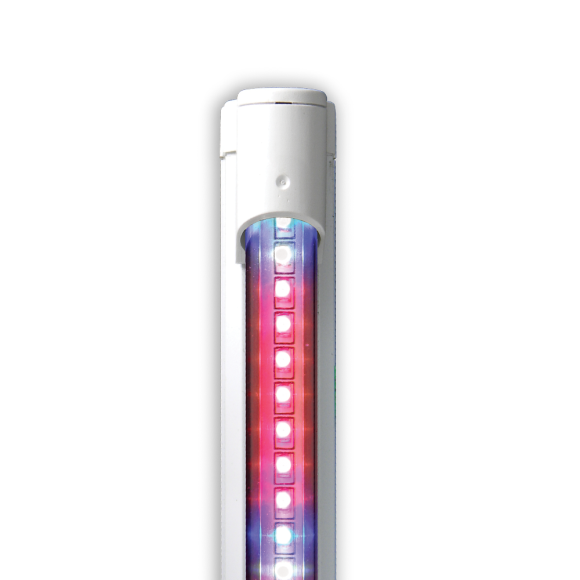 A little background:
In the past we have sold LED grow light units made by others, (the same ones still being sold by others). Some of our customers had decent results, others were mostly disappointed. We realized that the LED light was a big part of the future of indoor growing, and we decided it was about time that somebody produced one that actually worked. We enlisted the help of a PHD Botanist to get to the root of why the previous LED lights were not working so well, and what could be done to improve them.

We discovered many things in the past 18 months in our engineering research:

Other LED Grow Lights provide the wrong spectrum for plant growth, the spectrums are “close” but not a match to those required for maximum photosynthesis.

Other LED Grow Lights were the same item, produced at the same Asian factory, just with different brand names.

The marketing for these units was vastly different depending on the seller, but most sellers stretched the truth (to say the least) when advertising the results and the spectrums produced.

The other LED Grow Lights use of the wrong spectrums of LED was no accident; it was a cost saving measure. Buying the correct spectrum LED is much more expensive than buying an “off the shelf” LED used for traffic signals.

Plant Growth 101:
Plants grow by the process of photosynthesis. Chlorophyll is vital for photosynthesis, which allows plants to obtain energy from light. Plants only absorb certain light spectrums, mostly blue and red, while nearly all others are reflected or otherwise unused by the plant. Light spectrums are measured in nanometers or “nm”. Chlorophyll production is made up of two parts, A and B. Maximum chlorophyll A production occurs at 662nm (for red) and 430nm (for blue), while maximum chlorophyll B production occurs at 642nm (for red) and 453nm (for blue). These are the peak points at which chlorophyll production is maximized, even just a few nm above or below these points will significantly reduce production. Our PHD recommended that we find these exact spectrums to maximize plant growth.

Here are some of the benefits of lower heat levels: 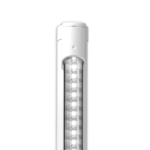 LED strip lights are great for adding light to a garden. Small enough to fit almost anywhere. AgroMax LED strip lights use 162 “White” 6500k Full Spectrum LEDs rated at 20w. Making this light great for all stages of plant growth. Easily mounts in the corners of grow tents to add in some side lighting. …