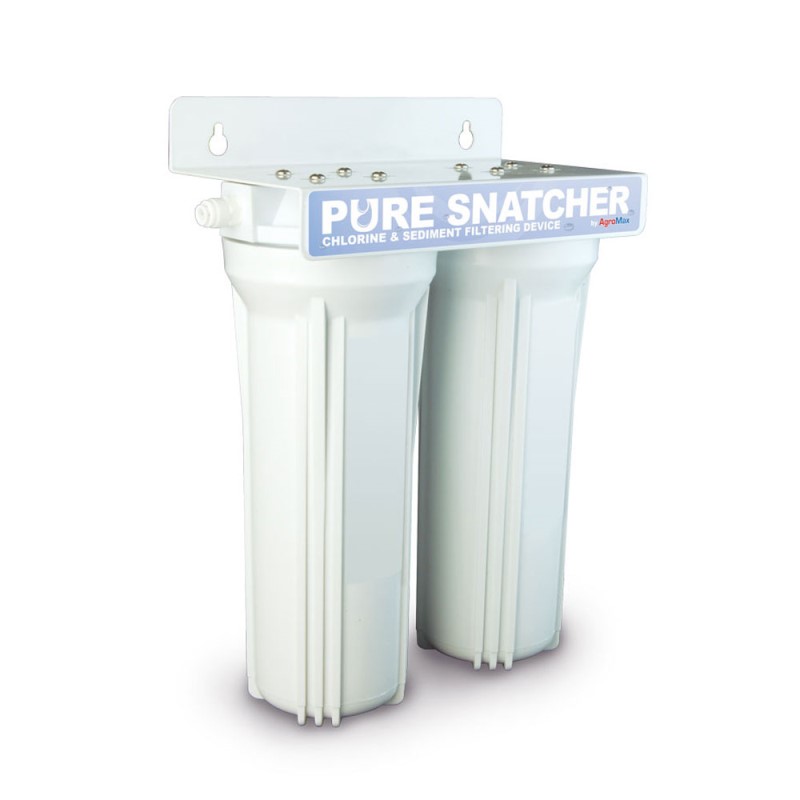 City water is filtered for the safety of humans; however, plants do not agree with many of the chemicals used in that process. Some plants are more sensitive than others; palms, spider plants, and dracaenas are quite sensitive to fluoride. The fluoride acceptable in tap water is still more than plants can handle. Additionally, tap water can also contain salts for softening which can be harmful. A build-up of a white film crust forms on soil, this is a sign water has too much sodium, a mineral that plants despise.

The biggest issue using tap water is Chloramine. Chloramine is an inorganic compound with the formula NH2Cl. It is a colorless liquid at room temperature, but it is usually handled as a dilute solution where it is used as a disinfectant. NH2Cl is commonly used in low concentrations as a secondary disinfectant in municipal water distribution systems as an alternative to free chlorine. This application is increasing. Chlorine (sometimes referred to as free chlorine) is being displaced by chloramine, which is much more stable and does not dissipate from the water before it reaches consumers.

Finally, water that has the wrong pH level can damage plants. To combat tap water problems, installing The Chlorine Snatcher filter system would be ideal.

This 2 stage 10″ filter that will easily mount to the wall. The unit uses a standard 3/4″ garden hose water supply hookup. Ideal for organic horticulture as it will keep your beneficial bacteria, fungi, and micro-organisms from being killed by chlorinated water. It will clean 60 gallons per hour and has a 3000-gallon filter life.